A WIND OF CHANGE AT THE FHCQ-FECHIMM

At the Annual General Meeting on May 28-29, six new people were elected to administer the federation.

As of June 5, 2021, exchanges and discussions took place between the new board members and Mr. Gilles Nadon, the FHCQ-FECHIMM's Executive Director.

A mutual reflection led to the realization that a change in the general management was necessary to prioritize a new vision for the Federation.

Mr. Nadon has been appointed Executive Director of the FHCQ-FECHIMM from December 2019 to June 2021. During this complex period, amid a pandemic, he was able to provide the Federation with stable and wise leadership. The entire FHCQ-FECHIMM Board and staff thank him and wish him success in his new professional challenges.

All services of the FHCQ-FECHIMM continue to be offered by the dedicated team of 31 employees. The new Executive Director is expected to take office in August 2021.

The new FECHIMM-FHCQ Board of Directors is composed of :

This text was written in French. The English version has been generated by a translation tool. 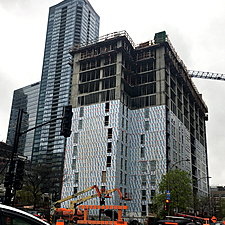